Obama, Marx, and the Minimum Wage

The President announced on Tuesday, in his State of the Union address, that he will increase the minimum wage for federal contractors to ten dollars and ten cents. He wants, he said, to “give America a raise.” Raising the minimum wage appeals to those who “do not understand economics,” the former Representative Ron Paul argued recently: if you make it costlier for companies to employ each person, you lower the demand for workers and kill jobs. Representative Paul Ryan offered another view: “I think it’s inflationary,” he said. If you raise wages, companies’ costs go up, and then they raise prices to compensate.

These two arguments—which, combined, suggest that raising wages for the poorest winds up hurting the poorest—are very old. So old that in June of 1865, in London, Karl Marx interrupted work on “Das Kapital” to refute them. 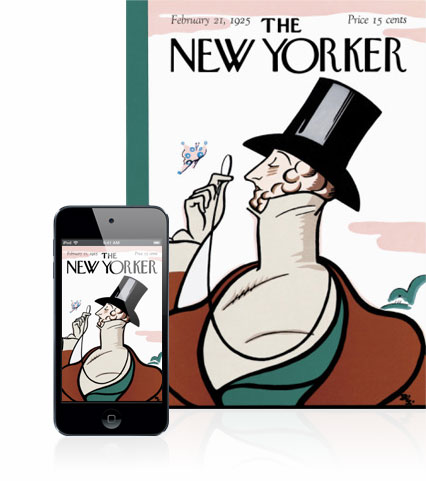 Marx’s target was John Weston—who, as it happens, was a devoted socialist, like Marx. In May, 1865, Weston had given a lecture that argued against any strikes or agitation to raise wages. He seemed to believe, like Paul does, that paying workers more would force companies to employ fewer people. Like Ryan, he assumed that the prices of goods would rise when wages rose. Why look for higher wages if they would only make jobs more scarce and raise the price of bread?

Marx delivered two lectures to the International, in June. They were eventually published as a pamphlet, “Value, Price, and Profit”—a polemic so succinct and sharp that it makes you wish that Marx could return as a blogger.

Suppose what was almost never true, Marx said: that the economy was not growing at all—that it might be conceived as a fixed bowl of soup. If workers were to demand slightly wider spoons—eating into capitalists’ profits—wouldn’t the capitalists make up for that by raising prices? Not really, Marx argued, because capitalists are also in competition with one another. Clothiers can’t just set prices as they please. Customers will simply buy their wares from a lower-cost company.

Is it true, nevertheless, that higher wages would raise owners’ costs prohibitively, forcing them to close their shops and preventing prospective owners from opening new ones—or, at least, forcing employers to employ fewer people?

This depends, Marx said, on which capitalists you are talking about. Some capitalists make “necessaries,” some make “luxuries.” If you raise wages, you favor spending on the former over the latter. That’s because a raise for low-wage workers would increase demand for the necessaries that everyone buys. If that marginally lowers the comparative income of capitalists as a class, then demand for luxuries, sold to the affluent, would also fall.

Because of the higher demand, necessaries would perhaps cost a little more for a while, but only until the lowest-cost producers expanded production and the most ambitious among them came up with newer machinery to lower their costs, at which point prices would fall.

Makers of luxuries, he said, would particularly suffer from the shift in demand caused by rising wages: “An immense proportion of the national produce must be produced in the shape of luxuries” when the rich are very rich. (Incidentally, the richest ten per cent in the U.S. now receives nearly half of all income. In 1860, this number was estimated to be under forty per cent.)

Marx was not just theorizing. While he was gathering string for “Das Kapital,” wages rose markedly in England. The Factory Act of 1847, implemented between 1849 and 1859, restricted factory work for women and children to ten hours a day—effectively raising the daily rate for poor hands who might have been kept on the job twelve hours or more. Meanwhile, Marx recorded, there was an increase of “about forty percent in the average rate of the agricultural wages of Great Britain.” Yet the average price of wheat—the main agricultural staple in England—fell during the eighteen-fifties, in spite of poor harvests, and in spite of the Crimean War, which disrupted wheat imports from Russia.

Marx hardly had the last word on this subject, and our capitalism is not his capitalism. Production based mainly on labor in cramped factories is different from production based on advanced technologies. The crisis of the unemployed may increasingly be a crisis of unemployability. Economic policies inspired by Marx, meanwhile, did not fare well during the twentieth century. But his fundamental point about wages endures. On that topic, at least, he was not departing from the classical economic principles that preceded him—and would survive him.

Economics of the 1%: How mainstream economics serves the rich, obscures reality and distorts policy