Another financial earthquake in the making 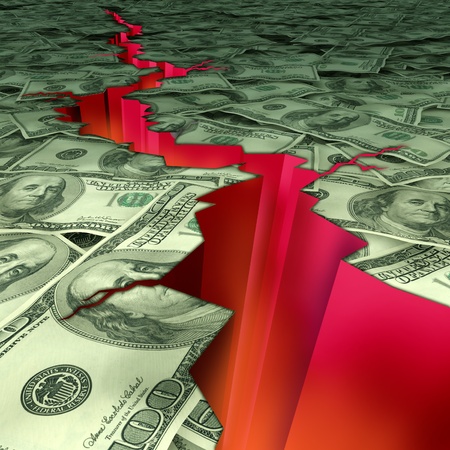 The key issue to emerge from the semiannual meeting of the International Monetary Fund (IMF) held in Bali, Indonesia last week is that 10 years out from the 2008 global financial crisis the conditions have been created for another economic and financial disaster. And those in charge of the global economy have no means of preventing it, not least because the very policies they have carried out over the past decade have helped prepare it.

It was somewhat symbolic that the meeting took place in the immediate aftermath of the devastating earthquake and tsunami on the Indonesian island of Sulawesi, which again underscored the extent to which the record growth of social inequality, accelerating after 2008, has left hundreds of millions of impoverished people the world over vulnerable to the impact of both natural and economic disasters.

The meeting also coincided with another significant anniversary—20 years since the Asian financial crisis that devastated the Indonesian economy, along with others in the region.

And while the meeting was being held, there were signs that another financial earthquake is in the making, as Wall Street and global stock markets were shaken by the second major sell-off this year after five years of relative stability.

Two reports prepared by the IMF for the meeting pointed to the mounting problems of the global economy and financial system.

The World Economic Outlook revised down the estimate of global growth issued by the IMF in April and noted that the “synchronised” expansion of 2017 had come to an end. While growth would continue, there would be no return to the growth path that had prevailed prior to 2008. A review of the effects of the financial crisis, which produced the biggest economic downturn in the post-war period, drew out that, compared to the growth trajectory prior to the crisis, a large number of economies had suffered a contraction ranging from 10 percent to as high as 40 percent.

Was Keynes the great internationalist who aimed to make capitalism a stable system through macro management on a world scale? This is Ann Pettifor’s claim in her recent paeon of praise to Keynes. Keynes made his name in showing that the policies of penury on Germany after WW1 would be self-defeating for the interests of […]

Was Keynes a revolutionary in economic thought and policy? Was he at least radical in his ideas? Or was he a reactionary opposed to the interests of working people and a conservative in economic theory? Ann Pettifor is a leading economic advisor to the British leftist Labour leaders, Jeremy Corbyn and John McDonnell. She is […]

It is both appropriate and Ironic that, on the day that William Nordhaus should get the Riksbank prize (also called Nobel) for his contribution to the economics of climate change, the top scientific body, the Intergovernmental Panel on Climate Change (IPCC), should release its latest update on global warming. The report sets out the key practical […]